Chirec Public School Jubilee Hills is located in Jubilee Hills, Hyderabad. It was established in 1989. This school follows the CBSE,IB,IGCSE board. The school has English medium.
Board
CBSE, IB, IGCSE
Medium
English
Location
Jubilee Hills
Facilities
Enquire with school

The Newton Campus of Oakridge International School, sited at Gachibowli in Hyderabad, is a co-educational English medium day school. The school was founded in 2002 by educationist Shomie Das. The school is affiliated to national and international boards, offering best in class education to its students. The school focuses on global education, open-minded intellectual engagement, nimble thinking, strong problem-solving skills, multicultural friendships, cognitive, development and creativity. \nOakridge International School, Newton Campus is spread across 5 acres facilitating state-of-the-art amenities to its students. The school achieved 100 percentage pass percentage in class X and XII board exams in 2013. The students regularly bag laurels and awards through participation in various literary, cultural and sports events. Education world: Ranked at No 32 position in the all-India rankings
Board
CBSE, IB
Medium
English
Location
Serilingampally Mandal
Facilities
Enquire with school

The Hyderabad Public School, Begumpet or HPS, Begumpet is a privately funded public school in Hyderabad in the state of Telangana. Earlier known as Jagirdar College, it was established in 1923 as a school exclusively for the sons of jagirdars and other aristrocats. It was renamed as Hyderbad Public School in 1951 after Zamindari system was abolished in 1950. It is on a 160-acre (0.65 km2) campus with buildings ranging from the modern to the Qutub Shahi style of architecture. Children are schooled from the primary stage through to the 12th standard (age 3 to age 17). The school is affiliated to the Council for the Indian School Certification Examinations (ICSE, ISC). Its administrative body is the Hyderabad Public School Society. School Junior Quiz Team stood 2nd at the Nationals of the Shastra Junior Quiz.
Board
ICSE
Medium
English
Location
Begumpet
Facilities
Enquire with school

Johnson Grammar School is located in Habsiguda, Hyderabad. It was established in 1979. This school follows the ICSE,IB board. The school has English medium.
Board
ICSE, IB
Medium
English
Location
Habsiguda
Facilities
Enquire with school

P. Obul Reddy Public School was started by Andhra Mahila Sabha as Andhra Mahila Sabha Vidyalaya in the year 1989 in Jubilee Hills in a two room tenament quarter. The school had a humble beginning with a student strength of 30 from LKG to Grade 3 with 3 teachers. Later, the school was relocated to the present site of 5.25 acres provided by Jubilee Hills Co-Operative House Building Society Limited, in an elevated location with a panoramic view of twin cities. This is an English medium, Co-Educational, Senior Secondary School affiliated to the Central Board of Secondary Education, New Delhi. The school over the years grew from strength to strength to the present stature. Today we have a student strength of 2800 and staff strength of 120 supported by 40 office and subordinate staff.
Board
CBSE
Medium
English
Location
Jubilee Hills
Facilities
Enquire with school

Vidyaranya High School was established in 1961 in Hyderabad, India by its founder Shanta Rameswar Rao, located at the foot of Naubath Pahad. According to the school, its underlying philosophy is derived in part from the teachings of Jiddu Krishnamurti, and a reason the school is special is that the teachers are as open to learning as are the children
Board
ICSE
Medium
English
Location
Saifabad
Facilities
Enquire with school

Founded in 1985, The Gitanjali Group of Schools was one of the first schools in the country to offer high quality educational value. The Gitanjali Group of Schools has five campuses located in central Hyderabad city. Gitanjali Schools offer values-based education with our unique blend of academics and an abundance of complementary co-curricular activities. Gitanjali Schools have consistently ranked among the top day schools in India for the last five years. In the Education World C-fore survey of the India? Best Day School-2012, Gitanjali School, Hyderabad, has been ranked at No.10.
Board
IGCSE
Medium
English
Location
Begumpet
Facilities
Enquire with school

Nasr Boys School is a day school for boys aged between 5 and 15 years. The school is recognized by the Government of Andhra Pradesh to offer the Indian School Certificate Examination at the completion of Class X and the school is affiliated to the Council for the Indian School Certificate Examination, New Delhi, with the medium of Instruction being English. Administered by the Nasr Education Society the school is spread over five acres of sylvan surroundings with all the facilities of a first class school.
Board
ICSE
Medium
English
Location
Gachibowli
Facilities
Enquire with school

Glendale Academy, Hyderabad is a coeducational day school affiliated with the Central Board of Secondary Education. The school was founded by Anjum Babukhan and Basheerudin Babukhan with the objective of providing a school experience which blends Indian and Western systems of education.\n \nThe school is also affiliated with the Cambridge International Examinations, UK and offers its International General Certificate of Secondary Education (IGCSE) from class VIII onwards. Education World: Ranked at No 33 position in the all-India rankings
Board
CBSE, IGCSE
Medium
English
Location
Rajendra Nagar
Facilities
Enquire with school 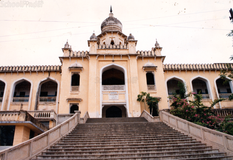 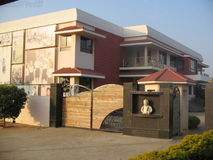 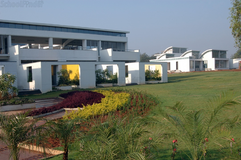 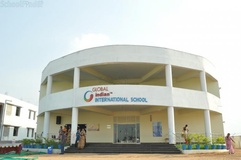 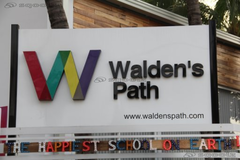 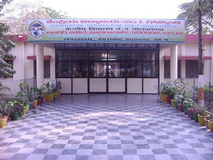 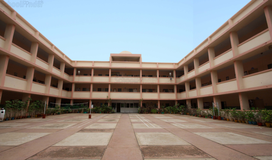